CHINESE investment delegation has visited Tobruk government of Libya for a number of mega-scale infrastructure projects including a 200,000TPD Seawater Desalination Plant.

Libya’s eastern government of Abdullah Al-Thanni held talks in Bayda on Tuesday 25th Oct with a coalition of Chinese companies to discuss implementation of a number of power and infrastructure projects in the government’s controlled areas.

Prime Minister Abdullah Al-Thanni appeared later on TV and claimed his government would sign an agreement with giant (Chinese) companies including this seawater desalination plant and 3 other large infrastructural projects.

“We also discussed construction of 10.000 housing units and a huge commercial port,” the government added.

The meeting was attended by senior leader of National Forces Alliance Abdul-Majeed Maligta who is believed to be behind the visit of the delegation team.

SUMMARY with further information from KYSEARO:

At the invitation of Libyan government, KYSEARO has sent out Mr. Wu Tianrong (the Managing Director) and Mr. Leonard Zhong (the Export Director) to participate the Libyan meetings from Oct.25th to NOV. 2nd. Together with other company representatives in the delegation, we have visited Al Bayda, Benghazi, and Zintan City of Libya to held meetings with all the related officers including Mr. Aguila Saleh the HOR Chairman, and Prime Minister Abdullah Al-Thanni.

For the work we are going to undertake is a giant project, which requires fresh water of 200,000 m3 per day. This project will take 3 years to complete and it will become one of the largest SWRO plants in the Middle East. 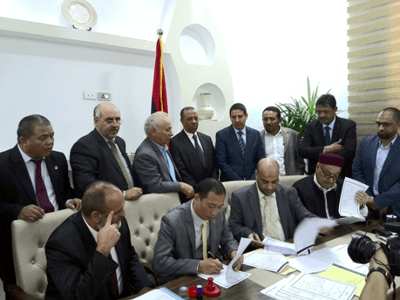 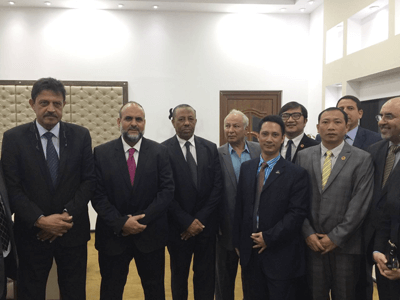 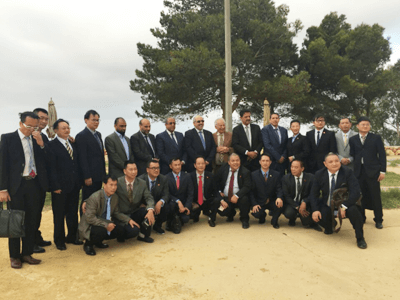 Chinese delegation with officers in Bayda 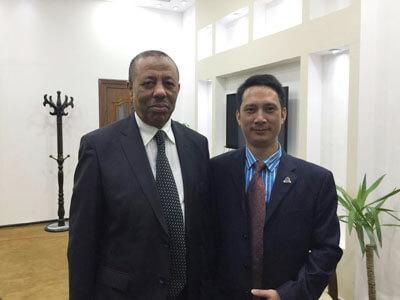